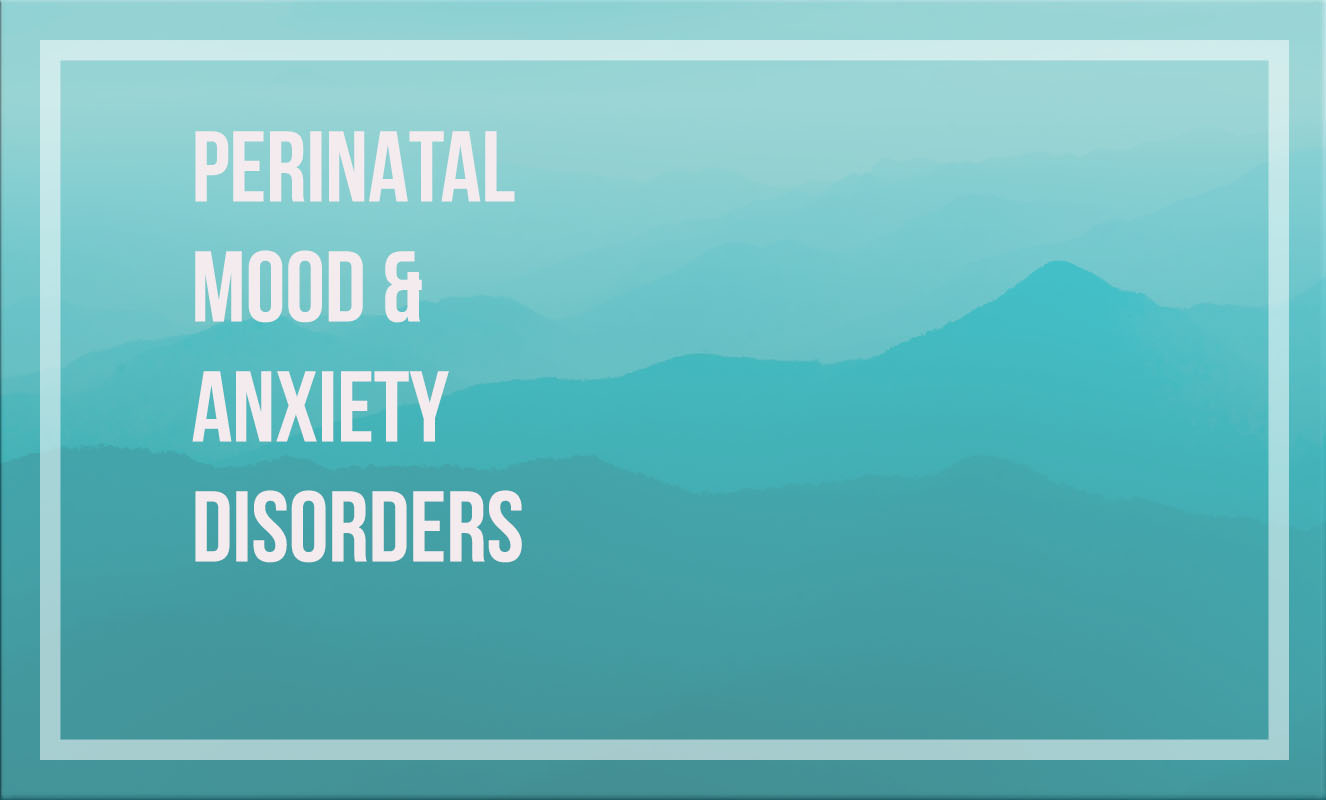 The first time I heard the name “PMADs” was in a training program through Postpartum Support International (would highly recommend for any professionals that work with new moms) last September. I knew about postpartum depression from all the books and apps and classes that I could find when I was pregnant with my first kiddo. I learned about postpartum anxiety after my second was born, just over 2 years later. But it wasn’t until the PSI class, that I learned that there was a whole family of disorders that affect new mothers (and fathers) and a new name to describe them.

PMADs are Perinatal Mood & Anxiety Disorders. “Perinatal” refers to the time frame that includes pregnancy and the first year after giving birth. This is an important distinction from “postpartum” because it points out that these disorders often develop during pregnancy, although some of the individual disorders are still called “postpartum”. PMADs include:

That’s a lot, right? And postpartum depression is just one of these disorders, and might not even be the most common one. A lot of new moms think that because they don’t fit the stereotype of depression, than what they’re feeling must be normal or just part of being a new mom. But things like scary, intrusive thoughts, eating and sleeping problems, or hypervigilance can be signs of something serious.

So, the point is that just because you’re not crying all the time (or if you are), it doesn’t mean that you have to live with it. There are a variety of treatments (including medications, therapy, and lifestyle changes) that have been proven to be effective.

Learn more about the symptoms, risk factors, and treatments of PMADs