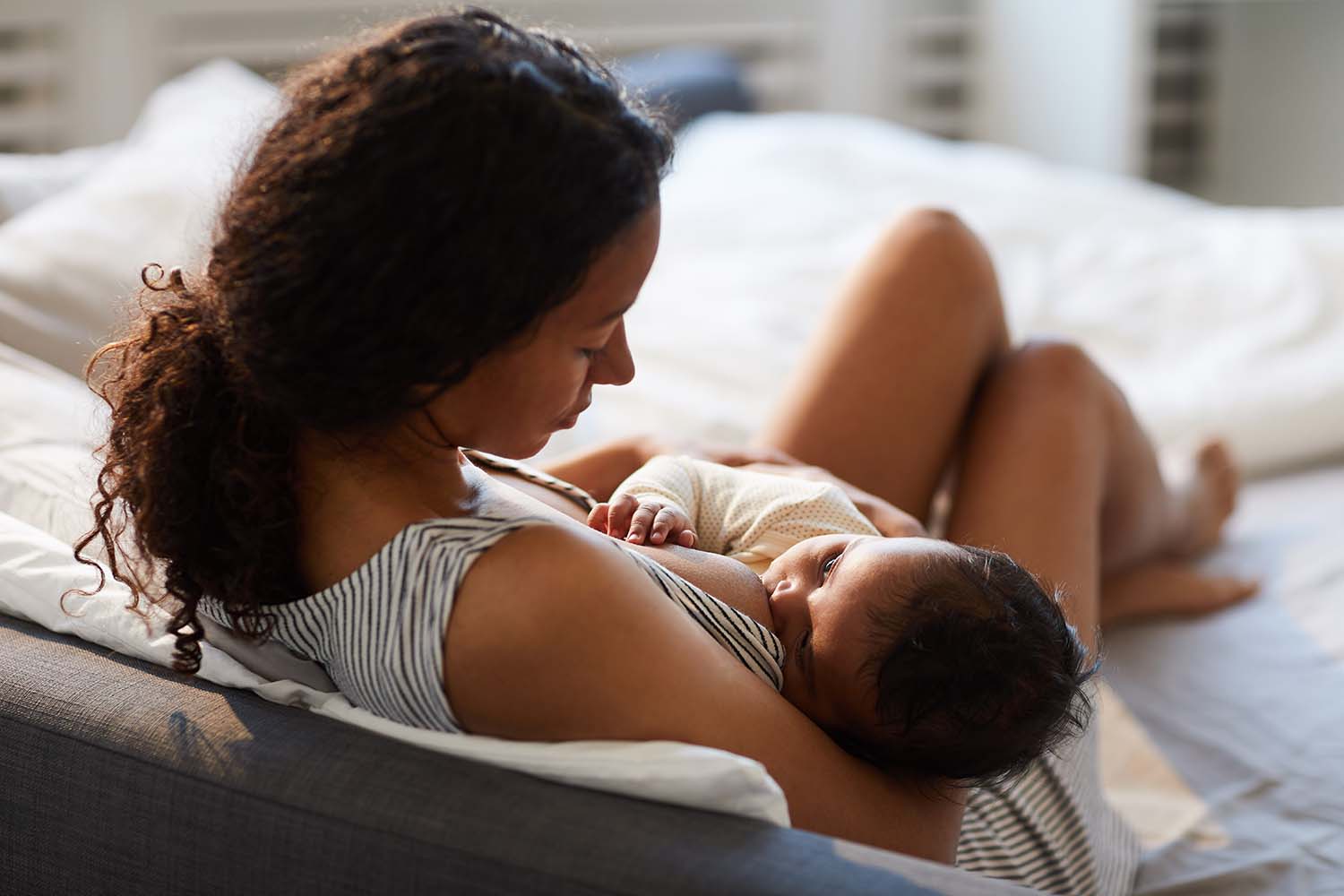 One lesser-known breastfeeding struggle that deserves a deeper look is D-MER, which is a drop in mood that comes on during breastfeeding. If this is something you’ve experienced it can bring much needed relief to know this is a very real physiological phenomenon and not uncommon.

D-MER stands for dysphoric milk ejection reflex, which is when you experience dysphoria, or a wave of negative emotions, during letdown (when your breastmilk is released). While the dysphoria typically only lasts a few minutes, breastfeeding women may experience a letdown anywhere from 12-24 times a day. This adds up to quite a bit of time feeling low and dreading the emotional drop that comes with a feeding. One study found that D-MER affects about 9% of women who breastfeed.

What are the symptoms of D-MER?

Symptoms will vary for everyone and can include lethargy, difficulty concentrating, hopelessness, shame, frustration, depression, self-criticism, anger, or suicidal thoughts. These will usually only occur for brief stints of time throughout the day, but always triggered by the same thing: a milk release. A letdown could be triggered by direct nipple stimulation like pumping or nursing, as well as spontaneous events like your baby crying.

One woman experienced a hollow feeling in her stomach whenever it occurred. In addition to this feeling, she always experienced a surge of negativity towards herself. Most of the time the angry feelings associated with D-MER aren’t directed towards the baby, but towards the mother herself.

D-MER was only recently recognized and more research is needed to understand why it happens. But there are a few different theories. Some believe a history of trauma, difficult birth experience or elevated stress response all play a part. Usually when milk is released oxytocin levels go up and stress hormones go down, but it appears that in mothers with D-MER the release of oxytocin triggers stress in an overly reactive nervous system. This could be an adaptive response to protect babies from external stressors.

Others suggest there could be a sudden drop in dopamine levels that accompanies milk release in women who suffer from D-MER. Dopamine must fall in order for prolactin and oxytocin to rise and produce milk, and most women don’t even notice that happening during breastfeeding. However it seems that in women with D-MER it happens in an imbalanced way.

What is the difference between D-MER and depression or anxiety?

Just because women with D-MER suffer from challenging and often extreme feelings, does not mean there is a correlation with depression and anxiety. Unlike the negative feelings associated with D-MER, postpartum mood disorders are pervasive, and might not be triggered by anything in particular. D-MER is a fleeting experience lasting from 2-20 minutes after a milk release. However, postpartum mood disorders can occur alongside D-MER, and in those cases many women only recognize D-MER once they treat their anxiety or depression.

How long does D-MER last?

The episodes are rather short, usually lasting up to 20 minutes after a letdown, but when letdowns occur throughout most of the day, especially in mothers of newborns, that is a significant amount of time! For some women D-MER lasts through their whole breastfeeding journey and is only resolved after they’ve weaned. For others it lasts a few weeks or months, and subsides once when their babies are older and feed less.

How is D-MER treated?

If you believe you may be suffering from D-MER, talk to your doctor or lactation consultant. However, many professionals aren’t familiar with the condition, so if you’re looking to educate yourself and others, an excellent resource is the D-MER.org site.