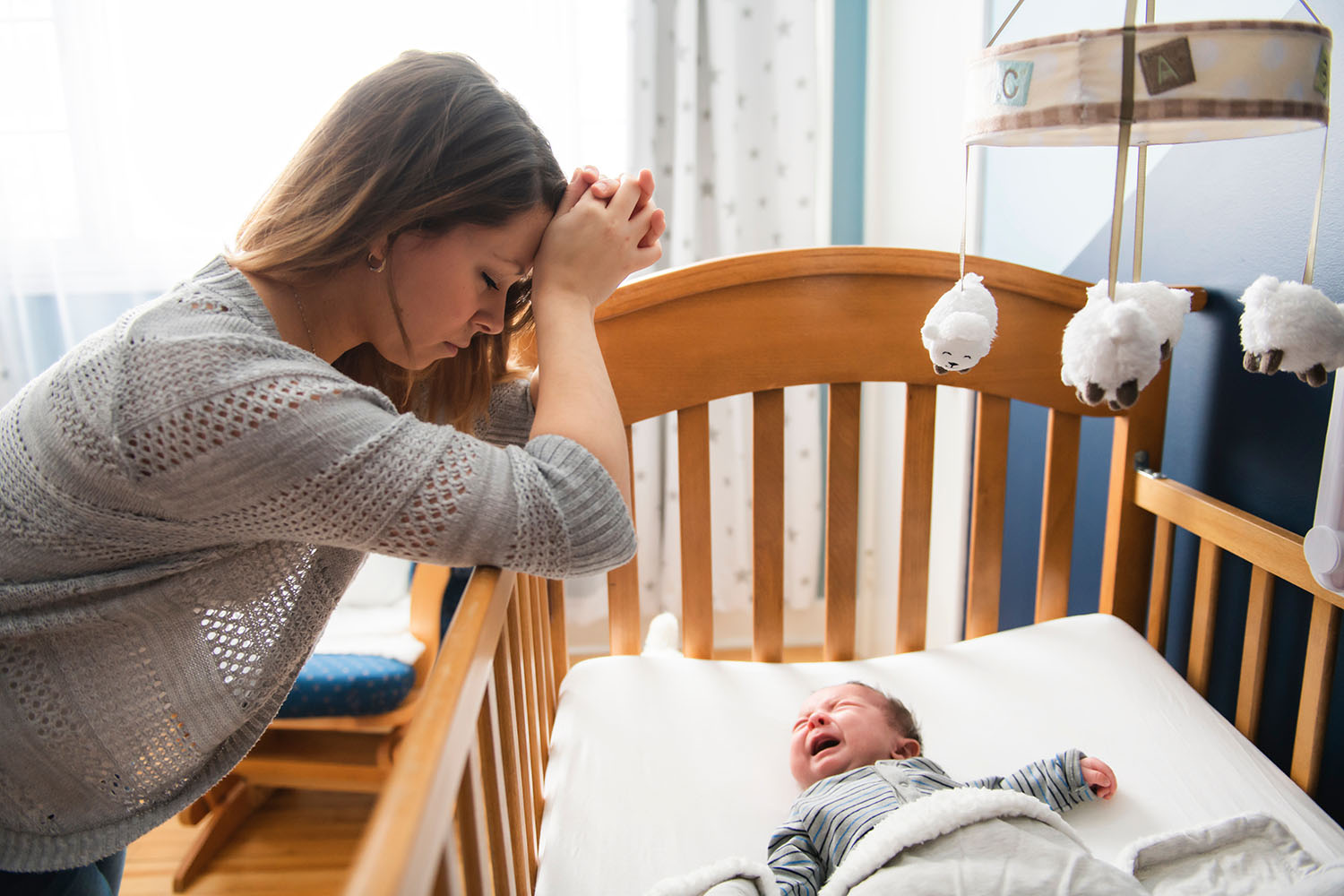 Thanks to celebrities like Chrissy Teigen and Cardi B, people are talking about postpartum depression and the message is clear: It’s real, it can hit anyone, and you should not be embarrassed to get help.

I just always thought PPD was the feeling of wanting to harm your children, and I never ever thought that way. Big cases like Susan Smith made it seem like THAT was PPD. I was just so deeply sad with myself and feeling worthless and useless and helpless.

Unfortunately, the flip side of this attention is that sometimes the media doesn’t always get it right. Sometimes stereotypes and myths can be reinforced, which actually prevents people from getting the help they need.

Here are the top 7 myths about postpartum depression, and the actual facts.

While sadness and crying can be symptoms of depression, there are many other ways you can experience it. Other symptoms can include:

And keep in mind that these are just some of the symptoms of depression. There are other PMADs with different symptoms, so if you feel “off”, talk to your healthcare provider.

Myth #2: It hits you right after you give birth

However, the “baby blues” can develop right after birth, and usually peaks shortly after delivery (usually 3-5 days). But if you think it’s just the baby blues, and it’s lasted for more than 2 weeks, that’s a sign that it may be PPD.

Myth #3: Postpartum depression means you’re going to hurt yourself or your baby

While suicide and infanticide are very serious outcomes, they’re actually pretty rare. Suicidal ideation (thoughts about self-harm) is only reported by 3.8% of those screened for postpartum depression, according to one study. And of those, only 1.1% were actually at high risk of suicide. Similarly, infanticide is very rare. As in 0.004% (or 4 in 100,000). It hardly ever happens.

One important distinction is about intrusive thoughts, which are scary, repetitive thoughts, often about harm coming to the baby. These can be a symptom of postpartum anxiety or OCD and are fairly common. But the good news is that if you find them scary or disturbing, that’s a good thing, because it means that you’re in touch with reality and not having a psychotic episode. With intrusive thoughts, it’s important to remember that thought does not equal action.

Myth #4: You need medication to treat it

There are many effective treatments for postpartum depression and your medical provider can help you come up with a plan that works for you.

There are a variety of antidepressants available that have proven to be effective, including a new one that has been formulated specifically for postpartum depression. And many SSRIs are considered safe for breastfeeding (and even pregnancy), so there’s no need to worry about the effects of medication.

However, if you’d like to try alternative treatments, that’s no problem. Research also suggests that postpartum support groups can significantly reduce or eliminate postpartum depression. These support groups can include peer groups, online groups, informational groups, facilitated groups, or comparison support. Postpartum Support International is one resource that can help you find local support groups.

Therapy or counseling can also be effective, and can include both individual and group therapy. One common method is cognitive behavioral therapy (CBT), which focused on identifying, evaluating, and changing dysfunctional patterns of thinking.

Interpersonal psychotherapy (IPT) has also been shown to be effective for postpartum depression. IPT focuses on grief, role transitions, and interpersonal disputes.

There are also alternative and complementary interventions that may be effective. While generally less studied, the studies that do exist are promising. Some of these interventions include: bright light therapy, prenatal massage, yoga, acupuncture, omega-3 supplements, and exercise.

Myth #6: Only mothers get it

Paternal PPD isn’t studied nearly as much as maternal PPD, but we know that many of the risk factors and symptoms are similar. Also, paternal PPD has a similar impact on child development, although it’s unclear whether it is a direct result or through the mother.

Myth #7: It doesn’t hurt anyone

There can be a lot of negative effects of untreated postpartum depression. And while doing something for yourself (like getting help if you need it) is completely justified, getting help also helps your family.

Some of the effects of untreated PPD These can include effects on the mother’s health (decreased energy, and poor daily functioning, sleep, nutrition, and medical compliance), their partner (increased risk of paternal postpartum depression), and the child’s development (more breastfeeding problems, bonding and attachment issues). So if you need help, ask for help - not just for your sake, but for your family’s, too.

Postpartum depression is not your fault. It’s caused by a lot of things that you can’t always control, including an imbalance of hormones, a lack of social supports, and other psychological factors. So, it’s okay if you can’t fix this issue on your own. If you think you or a loved one might have depression, please get help.

If you need help right away, please contact the National Suicide Prevention Hotline:

Julie Ciecior, LPC, NCC is a psychotherapist at the Postpartum Wellness Center of Boulder. She has received training in perinatal mood disorders through Postpartum Support International, along with extensive training in trauma and sexual abuse. She received her Bachelor of Arts from the University of Colorado at Boulder and her Masters in Counseling from Regis University. 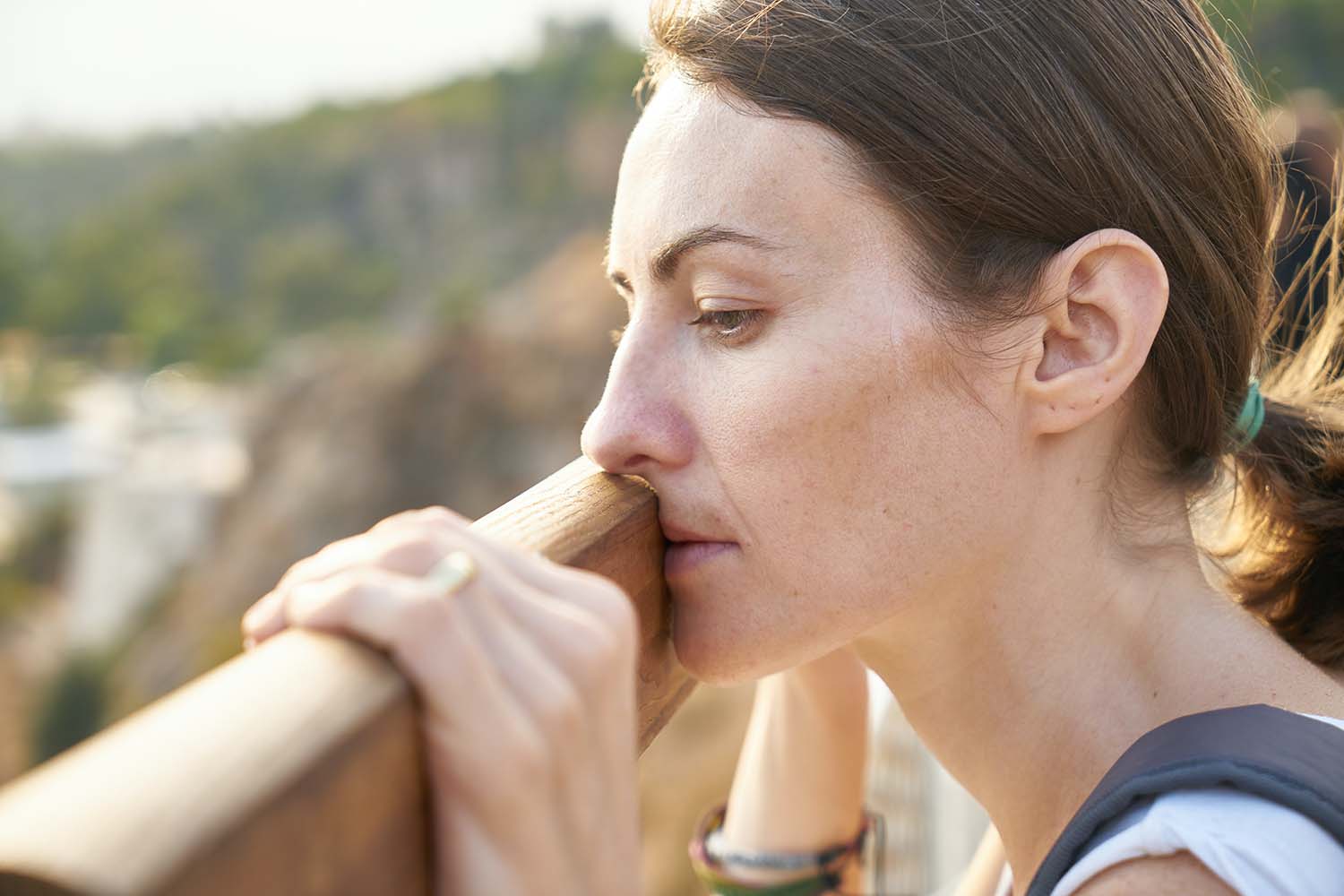